Historically, the majority of the population have lived in rural areas and have been directly involved in and dependent on agriculture. Agriculture has been central to politics and the economy. A vast majority of society's production and human consumption has been related to agriculture. The research in agrarian history at the Department of Economic History deals with agricultural development and the factors, both institutional, political and market related, that have affected it. It also concerns the agricultural sector's relation to and significance for other parts of the economy. The focus lies primarily on Sweden and the period from 1700s onwards, but we are also internationally involved in comparative collaborations with European and Asian countries.

This project concerns the relation between institutional change and economic growth, specifically in the late pre-industrial period and in an agrarian context, i.e. to what extent institutional change contributed to the fundamental transformation of agriculture referred to as the ‘Agricultural revolution’. The empirical data is taken from East central Sweden 1810-1880, but the issue is discussed with reference to a European context. The project shall clarify if and how the 19th century enclosures – understood as the process of privatisation of land owned in common by villagers and used in collaboration with villagers, and the redistribution and consolidation of open field splintered ownership – influenced productivity and economic growth. Furthermore, the project shall identify the drivers of enclosures and thus institutional change in the practice at unit (village) level, given the fact that the legislation regulating enclosures, gave priority to landowners who wanted to adapt the change to enforce it on other land owners in the village.

This project shall, using foremost land survey material, bring forth quantitative measures of regional development of arable acreage and agricultural production in Stockholm, Uppsala, Västmanland and Södermanland Counties in Sweden 1750-1920. This implies that the demographic and agricultural-economic stagnation which has been shown for this region for the period 1750-1860 will be enlightened and explained. By doing that, the project also aims at determining whether an agricultural revolution – defined as a brief period when agricultural production and productivity rose substantially – at all occurred in this area, and in Sweden at large during this period. The role of institutional factors, particularly the enclosure and consolidation reforms for such a transformation shall be scrutinised. Finally, the relation between such a revolution and a presupposed tendency towards ecological crisis shall be clarified.

The purpose of this research project is to analyse how fire insurance was organised in the Swedish countryside, and how this organisation changed, during the agrarian revolution in the 18th and 19th centuries, when compulsory collective solutions in general were replaced with more individual and voluntarily kind of organisations. Fire insurance was very important for the peasants and was one of the main problems to solve, and in a time of rapid economic growth, increasing investments in dwellings and farm buildings, and stronger individual property rights, the older collective solutions were put under pressure.
The emergence of modern fire insurance was of major importance to economic growth in Europe and the United States, since lower insurance costs furthered accumulation of capital. The international research on fire insurance has rarely focused on rural areas before 1850. This is partly due to fire insurance not being provided by private companies at this time, and partly due to shortages of source material.
The Swedish case is unusual firstly since the Crown formally regulated fire insurance but gave the peasants possibility to influence the organisation regionally and locally, and secondly since private fire-insurance companies had no influence before the second half of the 19th century. Thus there are good possibilities to analyse how peasants in areas with different economical and social structure, and without competition from private companies, chose to organise their fire insurance.
This research project will thus be not only an important contribution to international fire-insurance research, but also to insurance theory generally, and especially questions about collective and individual needs, and ways of organising risks, costs and compensations.  The project will thus contribute to development on the theories on collective action and public goods.

The church as a parish banker. Church endowments used for credit in agricultural Sweden 1750-1870

The project aims at analysing a little known, but extensive - in the number of borrowers, number of loans and the size of the loans - institutional creditor and financier in rural Sweden in the 18th and 19th century, i.e. the church and its endowments. The project makes a significant contribution to our understanding of the transformation of agrarian societies and the central role played by credit. 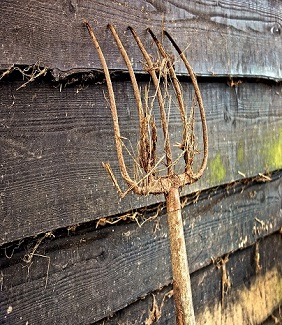