The labour market and working life have to a great extent shaped our economic history. Even today we are affected by the conditions of the labour market as well as in working life, regardless of whether we are outside or part of the labour market. This research area has for a long time also characterised the economic-political debate. Research on the labour market and working life at the Department of Economic History deals with both the labour market, working life and work organisation aspects from an economic-historical perspective. We primarily deal with the period from the 20th century onwards. Previous research has included work environment aspects, how work was organised, social partners in terms of the Swedish model, migration, working hours, gender aspects in working life. Various factors that interact in historical times are politics, markets and institutions. In addition, the editorial board of the referee journal Economic and Industrial Democracy, published by Sage, London, is located at the Department. We work with European colleagues in ongoing research cooperations.

The journal Economic and Industrial Democracy

Within or without? Place as condition for knowledge

The aim of the project is to broaden and deepen our understanding of the indissoluble bound between knowledge and place and to analyse our concept of knowledge as place bound the context of rural knowledge production and development. Using a “center-periphery” model, rural knowledge is studied in terms of resources for autonomous learning and action rather than in the usual terms of lack (of cultural and economic assets). A multi-faceted but integrated framework is used to examine rural ideas about learning and practical knowledge, as well as formal and informal educational paths and practices in small communities “in the periphery”. The area under investigation is Bergslagen, a region considered paradigmatic for rural vulnerability in Sweden.

The Metal Bazaar: Knowledge-making in the Stockholm Metal Trades during the ‘Long Eighteenth Century’

The aim with this project is to explore knowledge-making in the Stockholm metal trades during the ‘long eighteenth century’. It focuses on the period 1720–1820, including both the rapid expansion for the domestic manufacturing trades during the mid-eighteenth century and the later stagnation for the Stockholm-economy. This period witnessed changes in the political system as well as in the ideological views on economy and industries. Protectionist regulations and monopolistic policies successively gave way to ideas of more unregulated economic activities. Here, the expansion for metalworking in the ‘free town’ (Fristad) of Eskilstuna from the late-eighteenth century is one important reference point. The primary interest is in activities related to metal workshops included in the manufacturing system, and not the Stockholm metal-making guilds. Still, the boundaries and exchanges between these different institutional affiliations are of interest to us, with many artisans presumably moving between different workshops over time.
The project is built around three related ‘steps’. First of all, we will work towards the construction of a database on metal manufacturing in Stockholm during the period 1720–1820. The database will include general information about the number of workshops and employees. Secondly, artisan mobility will be investigated more closely, with a focus on the journeys of Stockholm artisans in Europe and the recruitments of foreign artisans. Finally, a number of ‘trajectories’ will be selected and followed over time: we will explore movements, employments and patterns of training that linked workshops in the urban space.

The aim is to study the interplay between wealth and investments in human capital (HC) and explain their effects on social mobility in Sweden 1880-1950. What impact did family wealth have on investments in children’s education and how did these investments affect children’s wealth and social status as adults? Which social mechanisms can explain the outcome in short- and long-term social mobility? The project, consequently, connects to the debate about whether the democratisation of the educational system was important for the development of a more equal society and also promoted economic growth as human resources were better used (Goldin & Katz 2009; Piketty 2014). In this project the term HC is restricted to formally organised education, theoretical as well as vocational.

The purpose of this project is to uncover and analyse the long-run evolution of the Swedish income distribution, and its determinants. Sweden plays a special role in research on inequality and welfare states, since it was uniquely equal in the final third or so of the 20th century. It is, however, debated when, how and why this equality arose.

The project proposes to resolve this issue by creating a new dataset of Swedish incomes for every tenth year from 1862 to 1970 (1862, 1870, 1880 and so on). The great strength of the dataset is that it encompasses all parts of the income distribution, not only top income earners; as it is, we only have full income information for Sweden going back to 1968.

The project is important since Sweden is such a critical case in the research debate on economic inequality, and we still have so little precise information about the development of income inequality historically. The project will contribute not only to our understanding of Sweden, but to inequality and its determinants generally.

The project stretches over four years and involves three project participants. The first year is mainly devoted to data collection. The new dataset is based especially on taxation archives hosted at Swedish National Archives. Years two, three and four are devoted mostly to analysis and writing of research papers. The project utilises a social tables approach which enables the analysis of historical income structures. 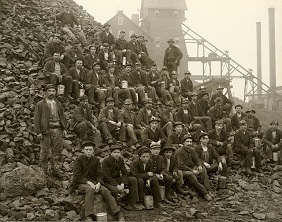