Research in trade, retail and consumption

Since the 1990s, the Department of Economic History has had a tradition of research dedicated to the history of trade, retail and consumption. Present projects concern retailing, restaurants, consumer credit and material culture. There is also research on foreign trade. These projects cover the period 1750-present. The perspectives applied run from economic theory and business and financial history to the history of culture and ideas.

Women and Alcohol in the Age of Freedom.Women as Tavern-keepers and Brewers in three Swedish Towns, 1718 - 1775

This project investigates the conditions for women who brewed and sold alcohol in the Swedish towns of Falun, Karlskrona and Uppsala between the years 1718 - 1775. In pre-industrial society, brewing and selling alcohol was a common way for impoverished women to earn money. The distribution of alcohol was often conducted in their own homes. Sometimes it was formally recognised and regulated through guilds, but often it was not. This meant that women’s brewing and selling of alcohol was practiced according to an informal economic rationale that existed parallel to economic activities sanctioned by formal institutions in 18th century society. That women sold alcohol through legal and illegal channels throughout this period can be understood in light of a growing gulf between formal and informal, and between male and female forms of work. Focusing on the towns Falun, Karlskrona and Uppsala, I investigate whether this separation occurred naturally, or if it was enforced by the state. The main sources used are court records from the years when new regulations were imposed between 1718 and 1775. Through a close reading of court protocols, the project raises the question whether it can be observed that the activities of women selling alcohol were affected by the shifting legal framework they operated in. It also asks  if they might have affected this framework by their actions.

A catalyst for Swedish societal development during the 20th century was the expanding range of commercial relations with foreign countries. This project hones in on one aspect of the institutional development within that economic sector, namely the emergence and expansion of collective export promotion. The field engaged important actors in Swedish industry, articulated commercial perspectives on the relationship between the nation and the market, and raised questions about the state’s responsibility to support private companies in their pursuit of profit. We concentrate on two main questions: 1) How did the policy area of “export promotion” evolve in Sweden, and how can its institutional developments be explained? 2) How and when were firms and products marketed as specifically Swedish?

The Business of Identity. Money and Identification in Twentieth Century Sweden

The concept of identity has become omnipresent in the social sciences and humanities. Yet the most obvious aspect of how society handles identities has rarely been explored, namely the actual practice of identification. The few existing historical studies of documented identity direct their focus towards the efforts of bureaucratic states to make their citizens ‘legible’ and controllable, especially in relation to mobility and crime. However, in the emerging consumer society of the 20th century the most prevalent situations requiring identification have been the economic transactions of daily life. Moreover, such financial identifications (e.g. today’s digital BankIDs) have often been used for other purposes than commercial transactions. There are, in short, strong economic interests involved in the infrastructures of identity. This project studies the changing interconnections between everyday finances and identification, or, in more abstract terms, between money and identity. I will explain why Swedish banks gained such an important role in the management of identities (unique in international comparison) by analysing how material devices for identification (such as the Post Office’s and the banks’ ID-cards and credit cards) were developed and how they replaced earlier forms of identifications. By applying a cultural theoretical perspective I aim to show how social/cultural identities and the infrastructures of identification shape each other in the business of identity.

The Defense of Consumption: Advertising, gender and citizenship in Sweden during World War II

World War II (WWII) has been identified as the first war in history fought by and between consumer societies. The aim of this project is to show how Swedish consumer society was maintained and transformed in relation to gender and citizenship during these years of crisis. In order to do so we use advertising as a prism. The findings will contribute to four major fields of international research: consumer cultural studies of WWII, gender and consumer culture history, gendered military history, and media and advertising history.

The intimate relationship. A cultural economic history of everyday finances

In most western societies today it is nearly impossible to manage one’s life without a bank account. Formal financial institutions are in many ways involved in our daily life and in the allocation of almost every penny we earn, spend, borrow, invest or simply transfer to each other. Although savings accounts were common already in the 19th century in Sweden, a close everyday relationship between banks and ordinary people started to develop in the late 1950s. The proposed book explores the cultural problems and changes that this transition necessarily involved –already before de so called financialisation since the 1980s. This is a story about class: how did workers start to use check accounts offered by commercial banks, something that only the most privileged held before? And a story about gender: why and how were finances and banking redefined in a more feminine and domestic frame? It is also about moralities and the attempts to de-stigmatise consumer credit when credit cards were introduced. And lastly about financial knowledge (financial literacy) and the practices and negotiations concerning what ordinary people should know about everyday finance and who should advise them. A research stay at the University Paris-Nanterre will intensify my dialogue with colleagues – historians and economic sociologists – with whom I have been collaborating on these questions over the past years. It also opens for comparative insights, joint grant applications and educational exchanges

This project studies how wage-earner household used credit to handle their household economy during the first half of the 20th century. Especially the relationship between credit and the need to stabilise income and expenditure flows we will try to elucidate. One thought behind the project is that credit can create both poverty as well as wealth, and that there was a transition during the studied period from small loans for necessary consumption to wealth-engendering credit (such as real estate mortgages). The source material consists of living cost surveys of 1913-1952, which are analysed with quantitative methods.

The Impact of Tariffs on the Swedish Economy: Fiscal Policy, Efficient Protection, and Trade Flows, 1783-1914

The aim of the project is to estimate and analyse the effect tariff policy on the Swedish economy between 1783 and 1914. This will be done in three main fields of study: 1) the importance of tariffs for fiscal policy and government revenue; 2) whether tariffs provided efficient protection to certain sectors of the economy and as such retarded or promoted economic growth and development; 3) the impact of tariffs on the structure and development of exports and imports and their geographical distribution.

The purpose of the project is to examine how scientists and engineers analysed and designed sensory properties of food – the "flavor" in other words – in twentieth century Sweden when food industries developed rapidly. We focus particularly on the field of sensory science which applied methods and techniques from for scientific areas such as chemistry, psychology, medicine and statistics for understanding smells, tastes and textures and how humans perceive them. This type of sensory research became increasingly important for food invention in the period and was used in laboratories, research institutes and test kitchens connected to the food industry in Sweden. The project aims to expand our knowledge of how tasting became a scientific venture and our main method is to do “biographies” of a range of food products and how their flavor characteristics were formed by different technoscientific practices. The method allows us to answer important questions about the human senses, science and technology, economic change and how the intersections of these areas were reconfigured in the course of food industrialization in the twentieth century. How were intrinsically subjective sensory appreciations turned into scientific objects? How, and why, were flavor standardized? What was "good" flavor – and who had the authority to make such judgments? How did food producers gain knowledge of consumer preferences? What social and economic mechanisms of industrialization prompted the scientification of tasting?

Shop Windows: Gender and the circulation of commercial knowledge in urban spaces

This project studies the historical development of meanings, competences and material practices behind the creation of commercial displays (in the form of shop windows and industrial/trade exhibitions) in Sweden during the first half of the twentieth century. The historical context is the bourgeoning consumer culture and the golden age of Swedish industry. The commercial displays in many ways reshaped urban spaces. The professional knowledge involved in their creation often articulated understandings of how people strolled and moved around in the city, how the consumers’ gaze worked in commercial settings and how visual effects could influence it. These meanings as well as the material environments created by display professionals were often deeply gendered. The typical consumer was often – but not always – perceived as female, while the visitors of the trade fairs were thought of as male. The knowledge of how to create commercial displays (consisting of both business and aesthetical expertise) was during the period professionalised, but also disseminated and trivialised and in many ways altered by everyday practices. The project is part of the Research Program Gendered spaces. Multidimensional walks in urban history / Bekönade rum. Mångdimensionella vandringar i stadens historia.

The purpose of this research is to problematise commodities as storage of values and the life-cycle of goods in a long-term perspective. Recycling and second-hand trade are not new concepts. Before cheap fabrics and the industrial production of ready-made clothes paved the way for a throwaway culture, clothes took up a large part of the household budget (Shammas 1990; Weaterhill 1988). This made clothes important as assets in a society with a shortage of liquidity. Clothes could be used as a store of value and medium of exchange (Lemire 2005). How easy their value could be realised was dependent on the existence and organisation of second-hand markets.

The aim is to study how clothes are valued and the recycling of clothes in relation to changes in production, consumption and social dynamics in Sweden 1790–1910. The starting point is before cotton became common and mechanical weaving was introduced in Sweden. In 1910, Sweden was on the edge of consumerism and a modernised society. 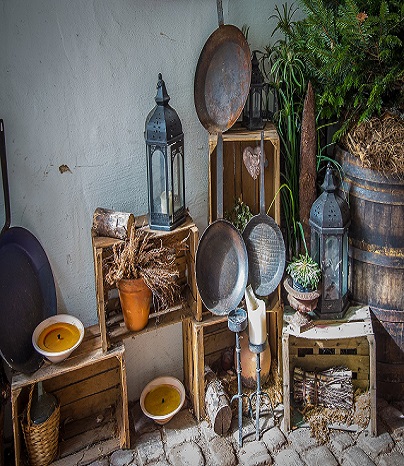